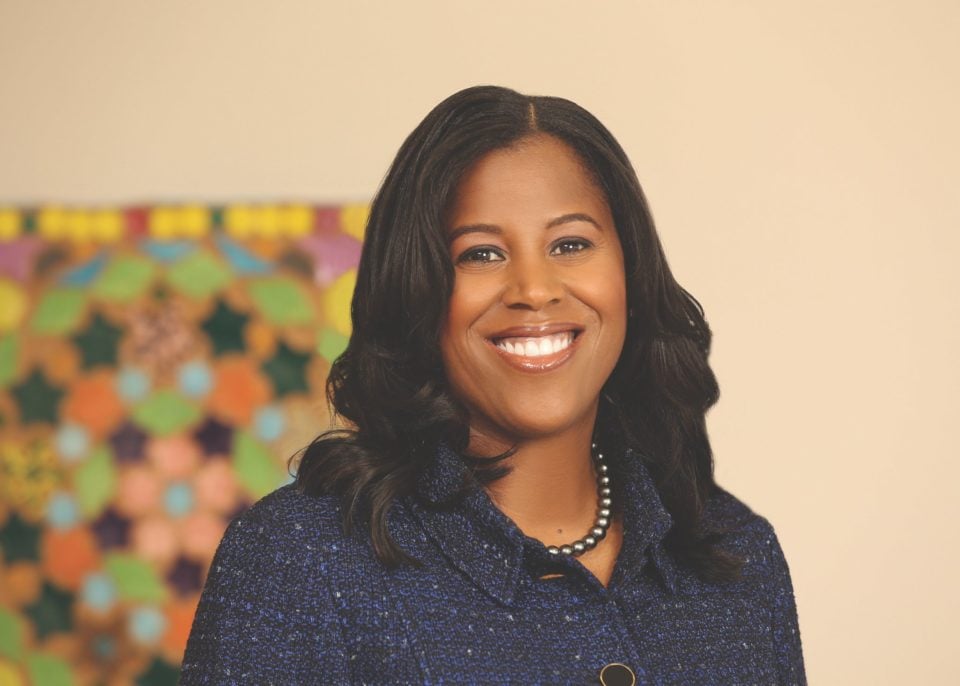 There’s not a lot of Black women leading a fortune 500 company in 2021. However, Thasunda Brown Duckett has been named president and CEO of TIAA, the leading retirement, and investment company. Duckett, who is currently CEO of Chase Consumer Banking, will succeed Roger W. Ferguson, Jr. on May 1st, making her the second Black woman leading a Fortune 500 company after Rosalind Brewer this year!

“Thasunda is widely recognized as an exceptionally dynamic and inspirational leader,” Ronald L. Thompson, Chairman of the TIAA Board of Trustees, said in a press release. “She brings invaluable experience leading and growing large, complex businesses, setting and executing strategy, improving client experience, and attracting and developing talent. Equally important, she is deeply mission-oriented, with values that reflect those of TIAA, including a passion for financial inclusion and empowerment.”

According to the press release, while at Chase, Duckett managed a banking network with more than $600 billion in deposits across 4,900 branches with more than 40,000 employees. The release also spoke to the importance of Duckett’s investments in “improving the lives of individual customers and local communities.”

“With a vision and strategy that recognized retail branches serve as a critical linchpin for successful growth across multiple business lines such as small business, home lending, and wealth management, she undertook Chase’s first major branch expansion in 10 years to add 400 new branches in 20 new markets over five years,” the press release read.

Crystal Ashby, the interim CEO of the Executive Leadership Council, which works towards raising the presence of Black executives, told CNN,” TIAA’s action is indicative of our mantra of diversity at the top being an imperative for driving diversity throughout the organization.”

The business phenom is credited for directly contributing to the Chase Bank’s ranking as no. 1 in customer satisfaction by J.D. Power, no. 1 for its mobile app, and no. 1 most visited online portal among retail banks in the United States. She pushed Chase to develop new tools, products, and thought leadership to help consumers build financial health and wealth.

She wrote on LinkedIn about the importance of addressing the wealth gap for Black families, “We must take an unvarnished look at the stark and persistent disparities in wealth for Black Americans today, created largely by centuries of systemic racism. And we must have courageous conversations about being Black in America.”

Duckett said she often thinks about the pain of telling her father his pension wasn’t enough when pushing to be a champion for change.

She was the executive sponsor of JPMorgan Chase’s Advancing Black Pathways program, aiming to help Black Americans close the wealth gap, education disparities, and create career success. Duckett also sat on the steering committee for the initiative, Women on the Move, to help women advance their career and business prospects. At the beginning of the pandemic, she ushered Chase to focus on the communities disproportionately impacted by COVID-19. James R. Chambers, chairman-elect of the board who also served as chair of the CEO search committee, said her dedication to putting people first ensures that TIAA will benefit millions of people for years to come.

“My fellow board members and I look forward to working with her and her leadership team to further enhance our ability to serve our clients, our communities, and our people,” Chambers said.

Ferguson also offered his congratulations on her appointment, saying, “Thasunda is the right person to lead TIAA at a time when its work has never been more important and when the challenges of fostering financial stability and inclusion have never been greater. I am very grateful and heartened that we have found a leader who is as inspired by our mission as I have been ever since I had the great fortune to join this amazing company almost 13 years ago.”

In 2019, Duckett joined Nike’s board of directors and was named one of Fortune’s Most Powerful “Women to Watch.” She began her career at Fannie Mae, leading affordable housing initiatives for people of color. She holds a B.A. in finance and marketing from the University of Houston and an MBA from the Hankamer School of Business at Baylor University.

7 Result-Yielding Steps to Finding Grants in 2021

$32,000 Stipend for Graduates in Science, Technology, Engineering and Math in 2021