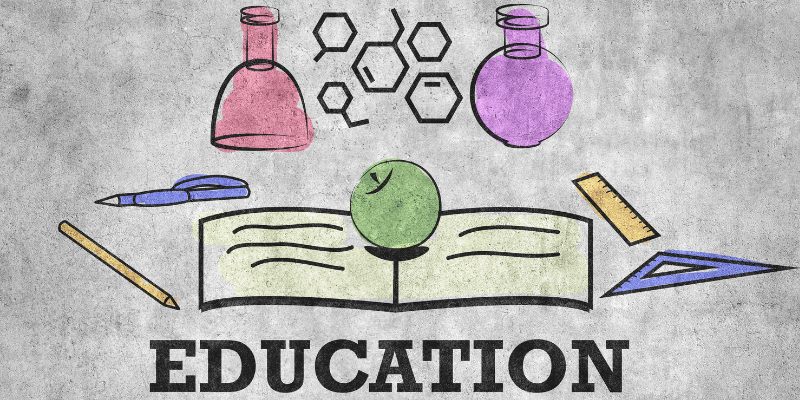 Education is the “cornerstone to freedom ” says the great freedom fighter of blessed memory.
Education is so important not just as a window to a better tomorrow but as an aid in opening up the mind
and brain for better tolerance in society.

Education is the art/process of acquiring knowledge and relevant skills for the betterment of our community. Each time the issue of education is mentioned we quickly view or picture a designated area set out for learning guided by rules and regulations typically called school however education goes beyond this and it’s not limited to a confined institution age or any other factor.

Talking about the quality of education, we are talking about the effectiveness of changes portrayed by
individuals both in character and morals towards the society and the preparedness of these individuals to meet the demands of the job market.

This remains the primary goal of education hence quality can best be accessed from this signpost. Before doing a comparative view of the quality of education now to that of our parents we must be able to understand certain trivial points.

Before now we had no android phones,
laptops, etc what was in existence was only the fixed phones though we had a tv there was cable
networks to give access to, similarly, messages similar places only mailing but
today messages or people communicate with loved ones through mediums and even see them virtually.

Population difference; currently the world stands at an estimate of 7 million people whereas it was just
1billion or less in the past decades, this population difference has enacted a lot of changes these change
competition in the job market, competition for food, increase environmental degradation, etc.

Bearing in mind the level of engagement that this in mind a comparative analysis of the quality of education decades ago and now can be done with
clarity.

Generally, decades ago, the quality of education, could be seen as very high and up to standards reason
been the personnel produced during these periods. Education then produce people of value and
principles and met with the demands of the job market.

This was a result of the very strict institutional measures in place which guided the educational systems some of which includes giving the teachers autonomous rights to train the students in the way they deem fit. Parents played an active role in instituting discipline to bring out the best in their children.

Students were trained to be more responsible, tolerant, and portrait ethical and morals which is the reason why their society was filled with people with values and morals and ills such as crimes and other social vices weren’t common within their society and more competence was produced as demanded by their ” age”.

In the 21st century despite the diversification of technology, the quality of education is degrading and
the educational system producers train and produce more hazardous individuals with no ethical nor
moral values thereby creating a valueless society with no standards. The reasons for this are
enumerable but the most common is the lightening of the strict rules and regulations guiding
educational institutions one of which is the prohibition of teachers to discipline students and the failure
of the parents to actively engaged in the training of their children.

Today you hear of students smoking, drinking, and gambling, in schools that are supposed to be the citadel of knowledge, and in an even to discipline them they pick a fight with their tutors. This is also blamed on the so-called child rights fighters who hinder appropriate punishment to be meted
out to children as deserving. Parents on the other hand have left their children in the care of nannies
and mates to cater to while they pursue their careers failing to adequately train and institute moral
values in their children.

With the dawn of technology, there has been a rise in all kinds of technology
gadgets which have so far proven to be harmful and detrimental and a contributor to the degrading
educational quality and help in producing a valueless generation has produced a valueless
society.

Students have access to electronic gadgets which is a great opportunity for them to acquire
more knowledge and skills but rather it’s used for gambling, watching of blue films and the likes both at
home and in school with little or no time to study or learn gotten from school at the end of the day
examination malpractice is the end result.

Today people get certificates they can’t backup simply because our society has lost its value and it has
corrupted our school systems. Students taking phones to school is gradually becoming a norm as well as
people buying certificates. Surprisingly we have more educated persons and graduates but yet the
problems in our society keep piling up a society with more technological advancements which are
apparently should demonstrate more, competence, abilities and moral standards are more degraded,
spoiled, skilled less and unable to solve its problems but rather busy creating more.

Conclusion
It’s worthy of note to state that the demands and components of a generation vary to that of another hence
we are forced not to give a direct comparison but the puzzle here is this is a technologically more advance
generation should be more competent and more equip to solve its own problems rather the reverse is
the case as we drive into a more valueless society. The primary end goal of education is to
principles and value despite skills acquisition and in all produce a valuable society.

Anything contrary to this is deemed as failure hence it’s clear within our current society that our quality of education is far from the expansion of the curriculum and widespread availability of knowledge
sources and learning gadgets yet we produce valueless people who create rather than solve problems,
within our society.

My fear is what the future holds, what kind of society and education will be handed
to our children if the society is already so degraded. It’s our moral responsibility to restore some values
back to this society beginning with ourselves and children then moving to the neighborhood, the
street, and the entire nation and continent.

Judging from this one may be forced to think technology is all bad my answer is no technology is of the essence but values and morals should be uploaded in use of
technology in order to make our world a better place.

How to Finance Your Business with No Money

Should You Consider Lendbug? 7 Ways Grants Are Better Than Loans