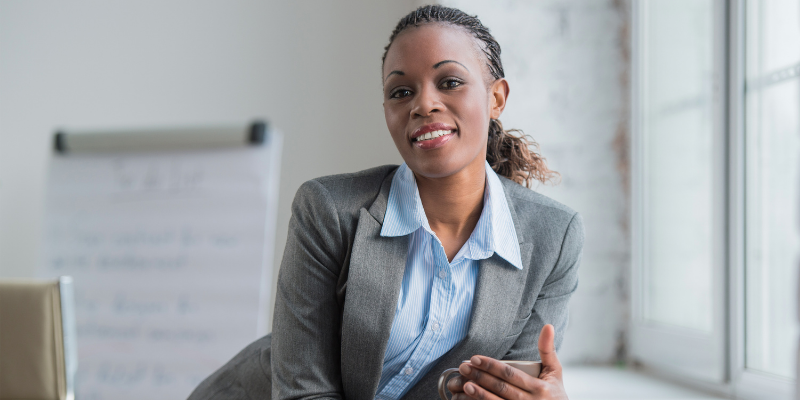 The coronavirus which invaded the world in the year 2019 has affected almost every country across the
globe. Kenya being one of the developing countries has also not be left. Kenya recorded the 1 st coronavirus case on 12th March 2020.

As the number of cases rises on day to day basis in the world, Kenya has become the leading in
neighboring countries and the top in East Africa at large. According to ‘one study’ the major sectors that
have been largely affected include Kenya’s international trade, financial commodity markets,
microeconomic environment, and tourism sector.

The performances of these sectors worsened when the
government-imposed measures that would help curb the spread of the virus in the country. Measures
like; closing of all learning institutions, restrictions of public gatherings, work from home policy, distance
keeping, and dusk to dawn curfew affected cash flow in Kenya leading to poor performance of various
businesses at large.

To some extend Kenyan government decided to reduce the personal income tax top rate from 30% to
25%, instituted to a 100% tax relief for low-income earners, VATs rate lowered as well as reducing the
turnover tax rates for SMEs. These implications didn’t improve business performance in Kenya instead it
worsen the economy.

Since Kenya is a developing country, it finds it difficult to help its citizen by
providing basic needs in order to restrict economic activity to curb the spread of the virus. Due to these
measures, some businesses collapse while others incur a lot of losses. Like for instance private
institutions, bars, and restaurants that were close for the betterment of the country.
Here are the number of negative impacts of the pandemic to Kenyan businesses:

Some of the companies were asked to have 50% of the staff work from home
and the rest from the office. Since some works cannot be done remotely, this 50% had to be
just suspended for some time hence loss of jobs. According to the Kenya Bureau of Statistics
(KNBS), the most affected ages are 20 and 24, 25 and 29 with unemployment rates of 22.8 and
21.7 percent.

Pandemic has become a major barrier to job seekers who are close to one
million young graduates. In this case, crimes are on the rise as such people try to get something
to eat by all means. Many shops have been reported as having been stormed and items stolen by
unknown people. Hence many businesses in Kenya feel insecure at this time of the pandemic.

Rise of depression cases. Since the government together with the ministry of health imposes a
stay-at-home and keeping social distance, many individuals have been affected in the field of
business. Some could meet their daily targets as many responsibilities await them. This impact
has mostly affected artists who cannot mingle with their audience as usual. Initially, they could
be invited to perform in different events where they could earn something from there. By this
unusual norm of just staying at home lonely or with people who they are often desperate to
escape from.

The issue of corruption has taken its own place at different levels in different cases.
Corruption cases have been reported severally in the country. When some individuals were

found violating rules implicated to curb the spread of the virus, they had to bribe some of
the authorities to free themselves from the trap. Some would wish to be retained in the 50%
work from an office in fear of losing their jobs, in this case, their wallet had to stand in for the
support. So many businesses have been found to be affected by corruption cases.

The rise of alcoholism and substance abuse has been reported since the public
was asked to stay at home. Many children found themselves idling at home and hence started the
abuse of drugs. In this some drug dealers have been found violating the rules by selling some
substance to the minors, hence the closure of their business operations.

When minors are exposed to the use of alcohol they are vulnerable to
defilement cases. Many children have been reported to have been defiled, sodomized, and
neglected. By June 2020, about 1,643 cases of violations of children’s rights were reported since
the pandemic entered the country. Many of the accused parties are from the family of the
victim who is later detained awaiting prosecutions. This means if the accused person was
running a certain business, then the business has to be closed due to his absence and the
pending case.

The Rise in Cyber-crime

It has not been an easy task for the government to deal with online abuse in Kenya.
During the stay-at-home period, many children have found themselves in this trap. Some sites have
a lot of misleading information where after children messed up with them, they later find
themselves suffering from mental health and other issues. Many even tend to refuse to go back
to school. This has been a major challenge where parents are forced to suspend their day-to-day
business to take care of their suffering children.

During this pandemic period, many families are going through hell. In Kenya
gender-based violence (GBV) has been reported to have risen by 92% since the first case of the
pandemic. This was established by NCRC after conducting a study at the behest of the president
Uhuru Kenyatta expresses concern over numerous reports of GBV and teen pregnancies
in the country. The study shows that this case has affected girls/women in general. That means
after quarrels and even separation, any family business can no longer run smoothly.

Of course, the pandemic has caused a lot of death cases in the country. Many
succumbed to COVID-19 complications where some are a result of family quarrels. We have
seen, read or listen to a number of cases where a husband has killed his wife, children and later
on killed himself and vise versa. This has really affected the economy of Kenya where the
government is expected to intervene by sponsoring funeral services etc for such families.

Current situation of the Kenyan economy

The economy of Kenya is now recovering after incurring a lot of losses due to the pandemic. As the
public and business owners adopt the new normal, the government is also trying its best to raise funds
and take back the economy to its initial state. Job opportunities have started rising up too as companies

train their workers to work from home. The Kenyan government has put some steps to help recover its
economy back. These steps include:

Prosecute KEMSA officials. The government is looking forward to prosecuting individuals who
were named at the KEMSA scandal in order to recover back the lost funds.

The air spaces that were closed are now open and the
government is expecting to improve the economy through their operations. The tourism sector is
also going back to its normal duties and is expected to fully operate in due course. Hotels and
restaurants are also back to their normal duties as COVID 19 rules are observed. Majorly, the
reopening of the international air space has led to increased exports of horticultural products to
the main markets in European countries.

The government of Kenya has acquired an international monetary fund (IMF)
support in order to speed up the economic recovery process. There is also a space for poor
countries to sign petitions to urge G20countries, the IMF, and the World Bank to suspend all the
debts repayments for the world’s poorest countries until they fully recover their economy back.

In the recent press address by the government, all public
vehicles commenced their normal operations by carrying passengers to their full capacity. Initially,
when the pandemic hit the country, the matatus were restricted from filling the vehicle to its
capacity since they intend to observe social distance at all costs. In this case, the economy is also
expected to improve.

Since the country was hardly hit by the pandemic, recovering its economy back will take some time.
This process will be a bit slow bearing in mind that some businesses were permanently closed leading to
permanent loss of jobs. Currently, a lot of citizens are going around seeking new vacancies where this
is not an easy task since there are also a number of fresh graduates in search of jobs too.

There are those who were self-employed and they used to rely on loans when their operations were
affected by the pandemic they had to close down their businesses, sell the remaining and pay back the
loans hence leading to the permanent closure of their businesses.

KEMSA case may take quite a long to be ruled out. This will as well slow the process of recovering back the
economy. However, if the government uses its available resources to lend loans to business individuals
may lead to better performance in the near future.